I was frustrated about a project, which is not working the way I wanted it. So I needed something quick and easy to perform, making me happy.

The skyline of my hometown

I was looking at the scrappy skyline projects of Shannon Brinkley since they occur. But why hanging a city on the wall, I don’t know. I wanted a skyline I really know and which matters to me. So I chose Aachen with its famous cathedral. 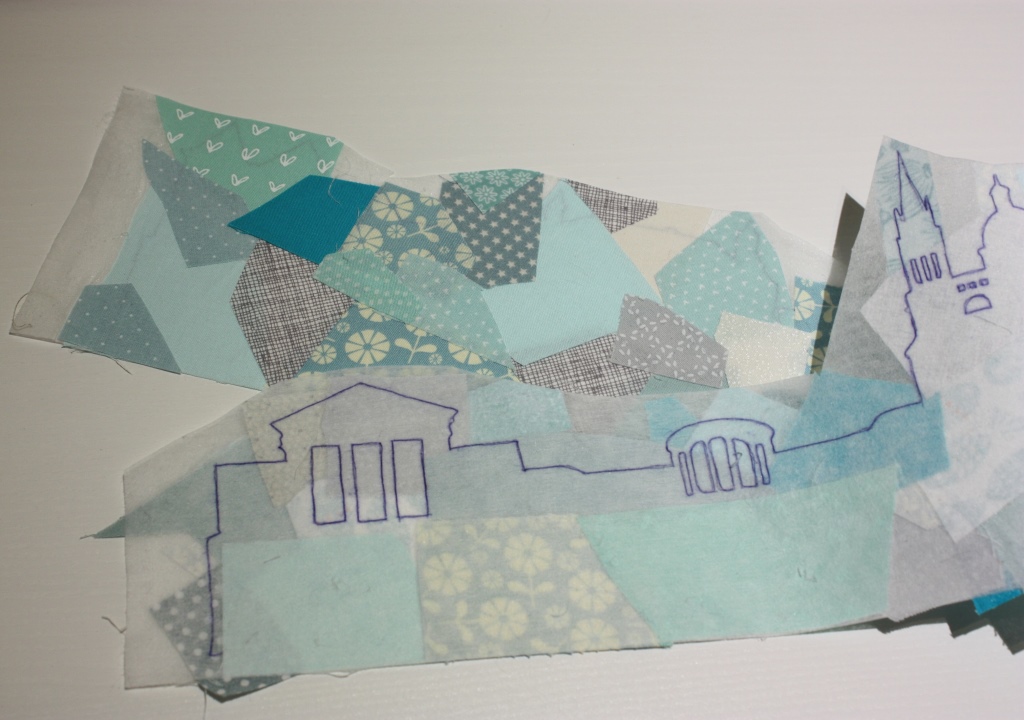 Finding a silhouette of Aachen’s skyline isn’t complicated. I could have chosen from a lot of various pictures.  It was more complicated to find out, how this method works. But after watching some videos and blog posts I thought I knew.

The arrangement of scraps was odd to me in the first place. I needed some time to understand that it looks better, when the scraps are no rectangles and overlap each other. After a few minutes I found a way to finally make it look random. 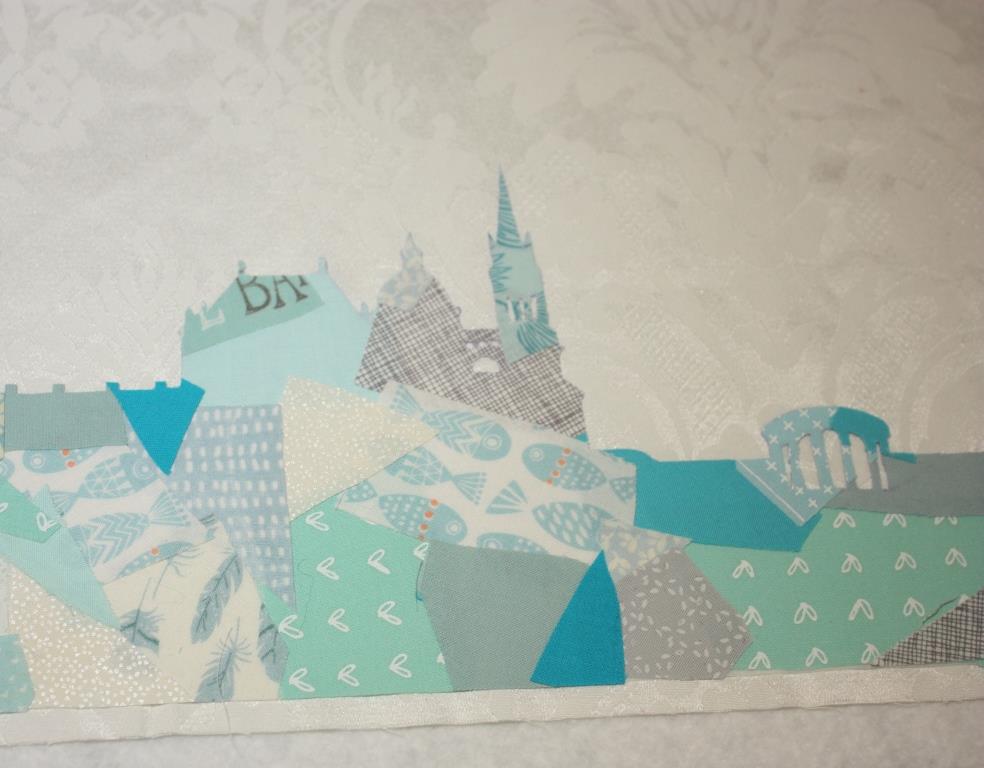 For me it was real fun to cut out the skyline and seeing my idea finally coming to life. The parts I love most are the ones, where I cut out fabrics in the middle, e.g. the theater or the cathedral. I could have done this more often. 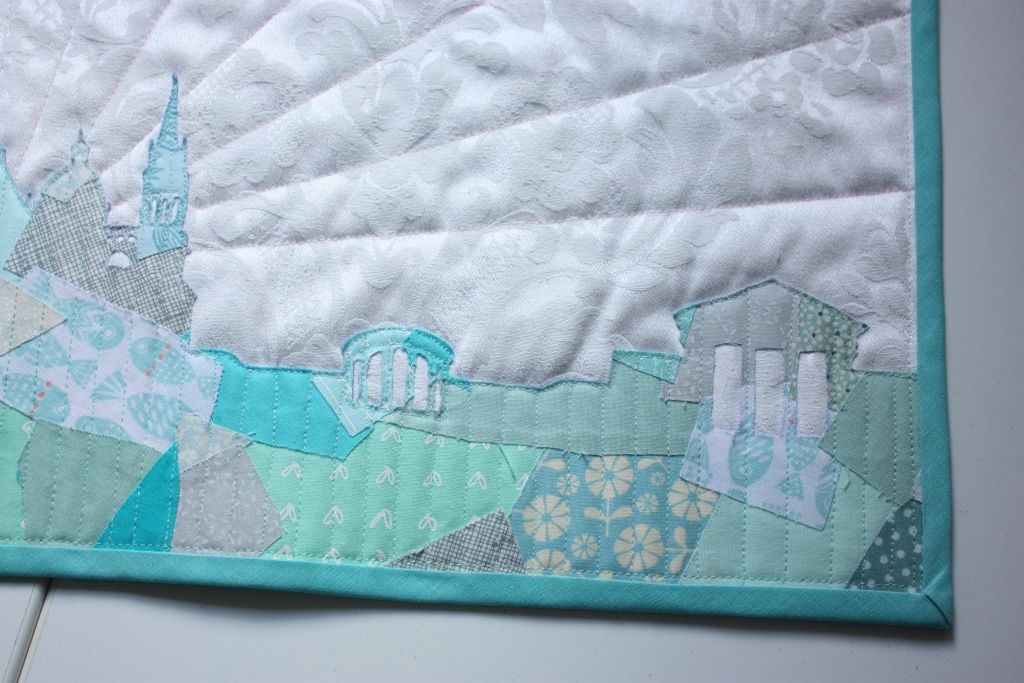 The beige background is an old damask curtain. I love the ornaments behind the city. For quilting I used green thread and first surrounded the city. Then I used vertical lines to attach it to the background. 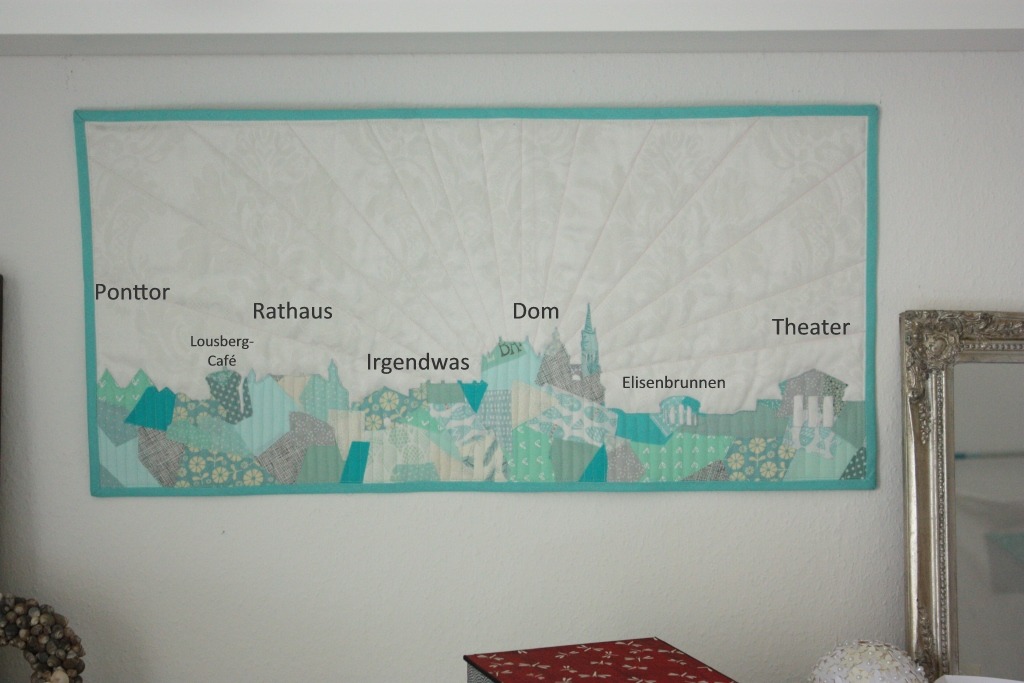 The cathedral sends out radiances into the sky. I took this idea from Allie & Me design and turned it the other way round. 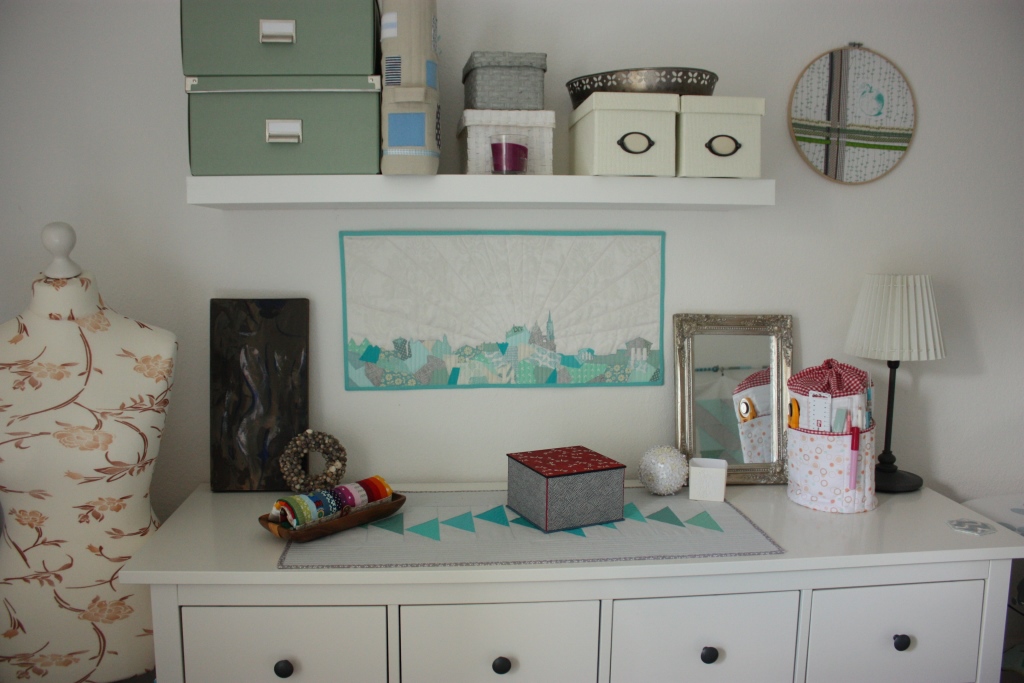 And finally I used simple bias tape to frame my city. I really love it and immediately nailed it to the wall. But believe it or not, the box with scraps is as full as it has been before. This is curious! 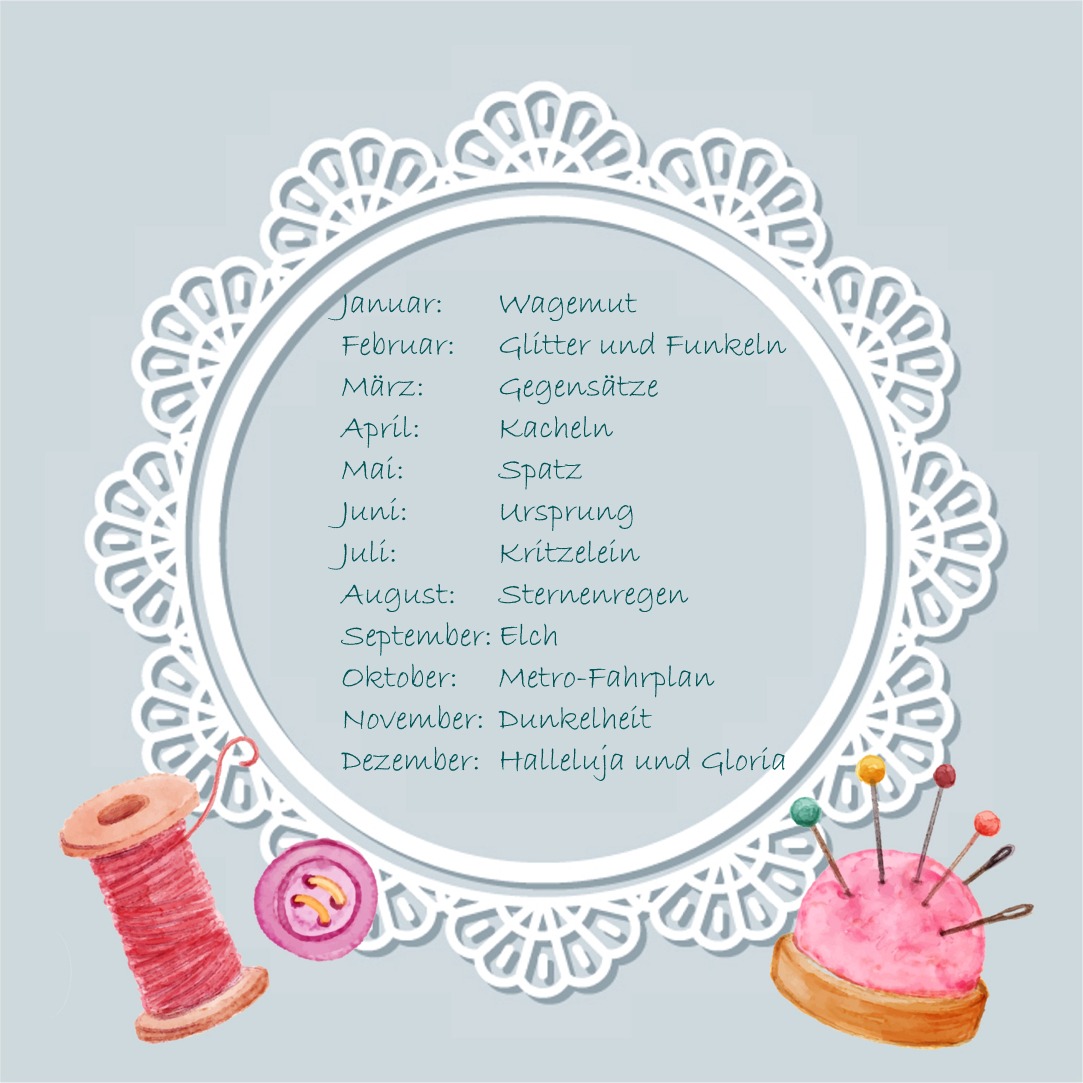 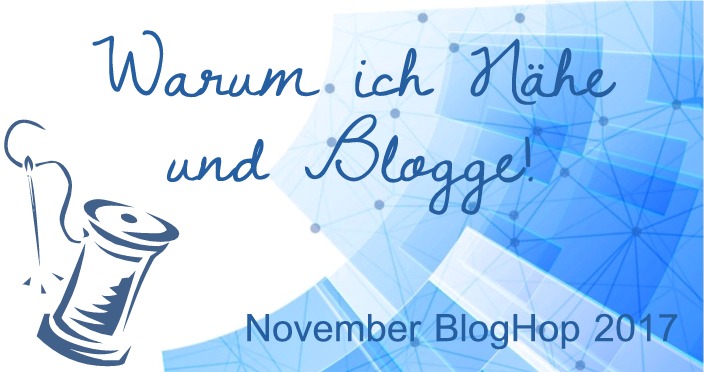 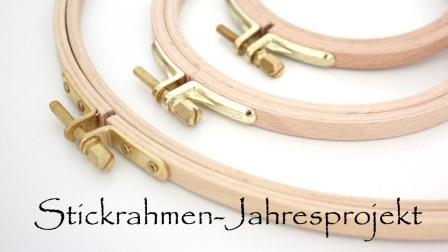 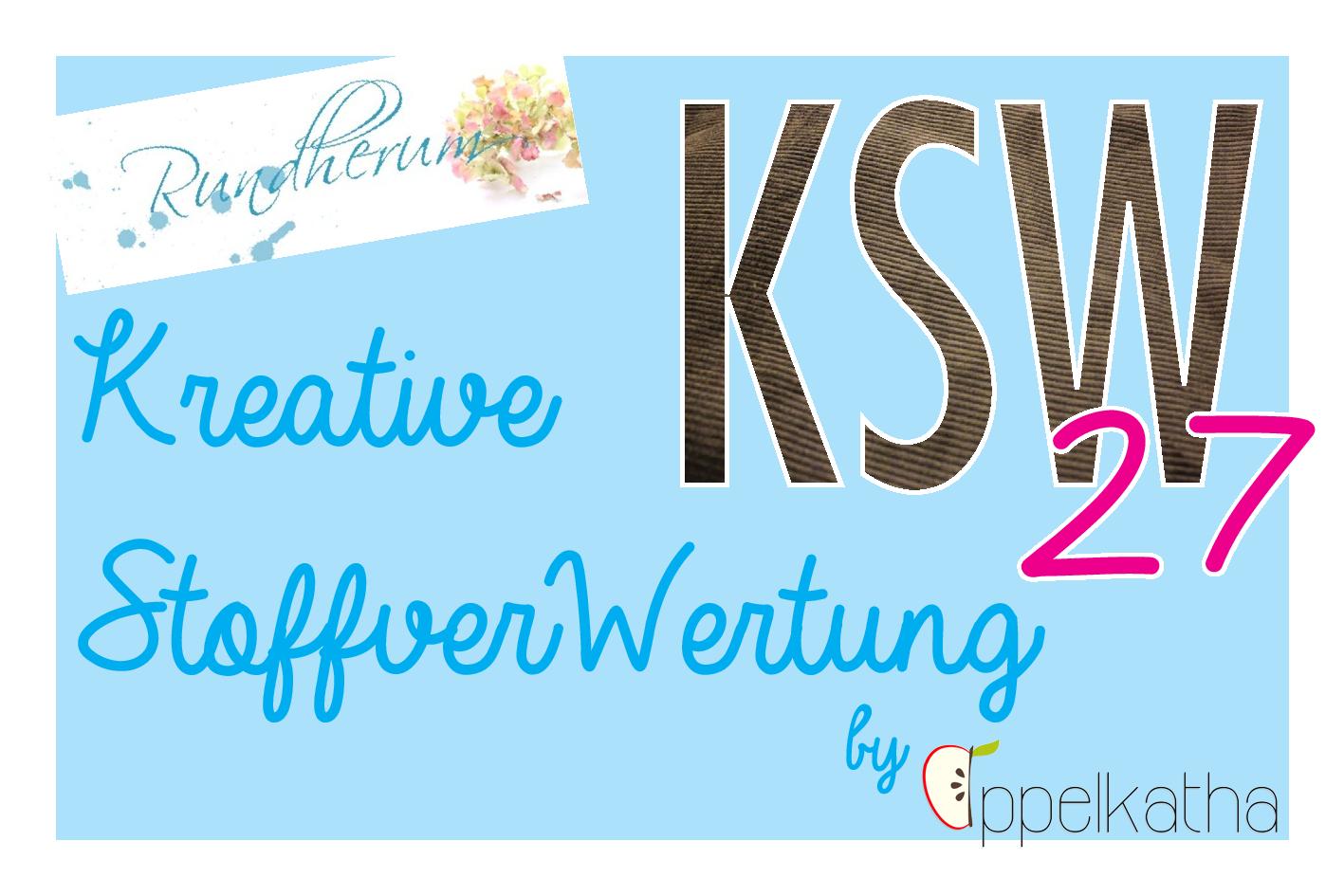 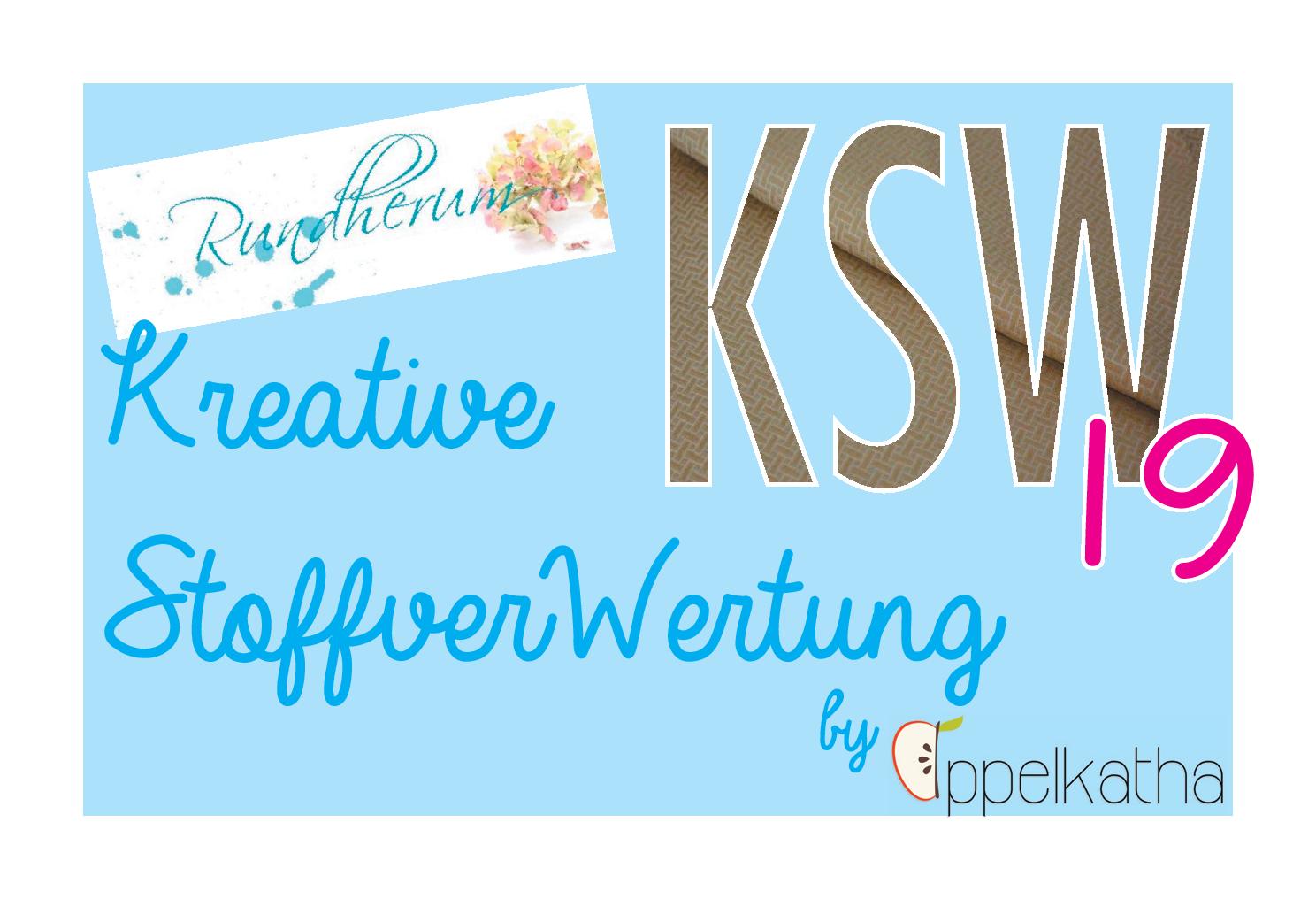